Nicola reviews Peppa Pig World in Paultons Park  in Hampshire, England. She went for two nights in May with her husband and two daughters, ages 5 and 3

Getting to Peppa Pig World

We flew with Aer Lingus from Cork to Southampton which took approx. 1.5 hours and got there at lunchtime.  My older daughter had been on a flight before so she knew what to expect.  She was happy enough looking at her tablet for the short flight.  It was my younger daughter’s first flight and the noise and take-off frightened her.  Once we were up in the air though she was fine.  We brought books and colouring books and pencils and Orchard Toys travel games which both girls love.  So both flights were easy enough.  We got a taxi to and from the airport to the Premier Inn Southampton West.

Accommodation near the park

We stayed at the Premier Inn and honestly I couldn’t fault it.  The beds were extremely comfortable! My only gripe (which was not the hotels fault!) was that I wish we had had a family room with a separate bedroom because it was lights out at 9pm both nights for us!  But I don’t think this was an option with this particular hotel.  The staff were all lovely to deal with too.  The Inn had an indoor play area too (which we didn’t go into) and a little outdoor play area adjacent to the restaurant where the kids spent the evenings as Paulton’s Park closed at 5.30pm. 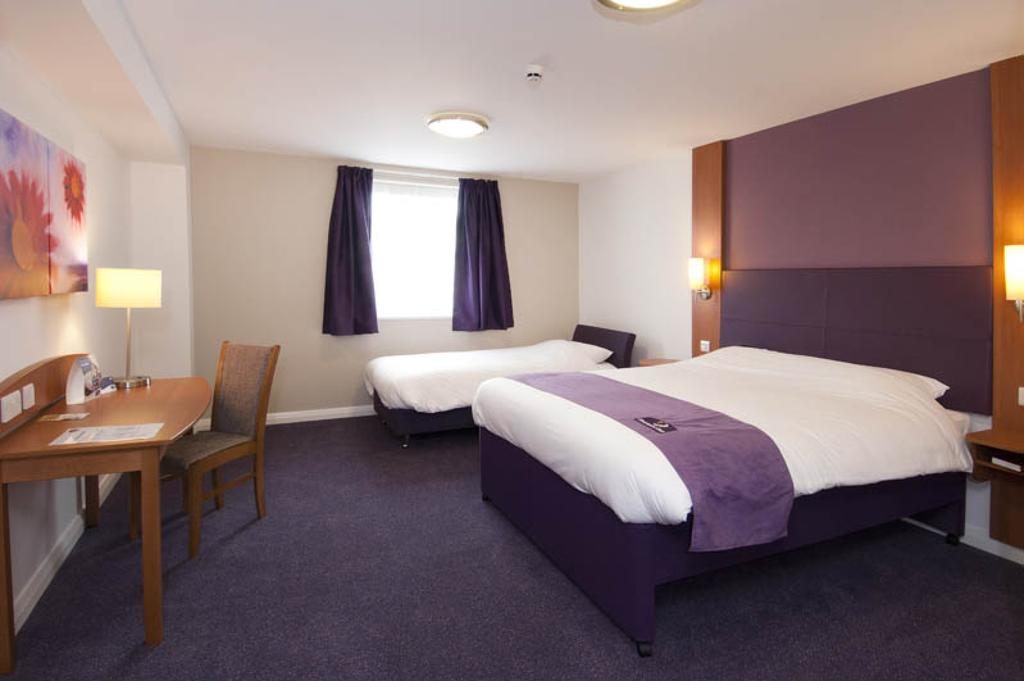 The restaurant attached to the Premier Inn wasn’t great, we had seen the reviews on Trip Advisor so we knew what to expect but there was not a lot of choice without a car and 2 tired children so we ate there or at Paultons Park during the day.

I only brought my Tula baby carrier because the Premier Inn is advertised as ‘next door’ to the park and about 5 minutes walk.  It is, but we quickly discovered that it was 5 minutes walk to the entrance of the park.  It was a good 15 minutes walk then to the actual park itself.  A buggy would have been a godsend.  In the end I had to carry the 5 year old in the Tula and my husband had to just carry the nearly 3 year old when they were too exhausted to walk after a long day in the park.  Lesson learned! 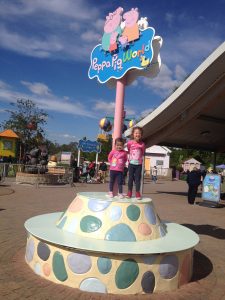 Paultons Park is a huge theme park and we spent a full day and a half there.  The kids were mainly interested in Peppa Pig World though so that’s where we spent most of the time.  If your child loves Peppa it’s a dream come true for them.  They were delighted with the meet and greet with Peppa and George too.

Paultons Park (which Peppa is situate in) has tons of rides for older kids and adults so no one would get bored. The park caters for all ages from babies to adults.  We bought a 2 day pass in advance (my younger daughter was free) and spent Friday afternoon and all day Saturday at the park.  By Sunday the adults were ready to come home, listening to the Peppa theme tune all day was head wrecking.  But it was a holiday for the kids and they had a ball.  And they want to go again!