Alicante, Valencia and the Costa Blanca

Alicante is a major city and port in Spain. One of its most notable sites is the Castle of Santa Barbara which sits above the city.  El Palmeral Park is also great for kids with its walks, playground and picnic areas. If you want to pre book a taxi with a car seat from Alicante airport you can do so from Alicante Airport Transfer. Kidease rents baby equipment (including cots, car seats, sterilisers etc) and can deliver in and around Alicante.

Valencia lies to the North of Alicante. Some of its most famous sites are its Cathedral and the Torres de Serranos. The Llotja de la Seda is the historic central market and is a preserved UNESCO World Heritage Site. The Ciutat de les Arts I les Ciencies is a remarkable entertainment and cultural centre. It has Spain’s largest aquarium, L’Oceanografic. Next to the centre is the Turia Gardens made on the former river bed of the Turia River. There is a nice children’s playground here. There is also a zoo located in this area on the Turia riverbed which will keep kids entertained.

The Costa Blanca’s most famous resort is Benidorm which is near to Alicante. It is known for its beaches and skyscrapers and previously had a reputation for lager louts however it is now a favourite for families and retirees. Mundomar is a great option for a family friendly day out. Toddlers will love the live shows with Dolphins, Sea lions and Parrots in action. The park also has exotic birds, wild swans, ducks, pelicans and many aquatic birds. Terra Natura is another great option with elephants, sea lions & pony rides, plus seasonal water park with pools & slides.

Other Towns on the Costa Blanca

There are also quieter resorts in the area such as Elche, Javea, Altea, Santa Pola and Moraira which is up the coast and quite an up market town. Many of these towns have perfect sandy beaches and make for a wonderful family day out.  Santa Pola Aquarium will leave toddlers enthralled and the Rio Safari in Elche is another great option for a family day out.

Baby and toddler essentials in Spain 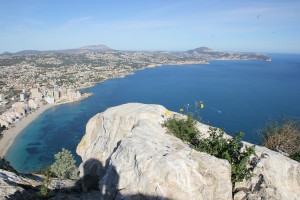 Alicante, Valencia and the Costa Blanca