Florence and Tuscany By Plane

International flights commonly come in to Milan or Rome, where one can rent a car and do the three-hour drive to Tuscany.

Florence and Pisa have important airports. Every major city has a railway station.

Thomsonfly, Easyjet, Ryanair, Transavia, Wizzair and HLX all operate flights to Pisa from the UK and Ireland or you can opt to fly via another major city such as Amsterdam (KLM operate flights to Pisa also). Many of these routes are seasonal only. Delta Airlines (US Carrier) now has a direct flight from New-York JFK to Pisa, offering a cheaper, alternative to flying into Florence. Pisa airport and Florence are connected by rail and by bus.

Florence and Tuscany By Train

Connections from Florence to the rest of Italy by train are generally fast and frequent and EuroStar Italia services are available. Easy connections can be found to Milan, Orvieto, Rome, Bologna, Ravenna, Cinque Terre and Assisi. Trains in Italy are generally modern and will have a baby changing facility onboard. Night train services are available from Florence to and from Zurich, Munich, Siracusa, Salerno and Reggio (among other destinations). This is not the best option with a younger baby as you will spend the night holding them and car seats are not appropriate for that length of time. If you do opt for a night train, a Skybaby mattress may make the journey more comfortable for little ones. 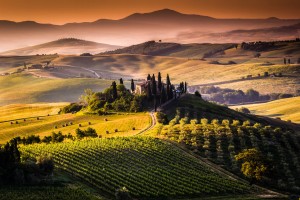 Family Holidays to Florence and Tuscany with Babies, Toddlers and Kids 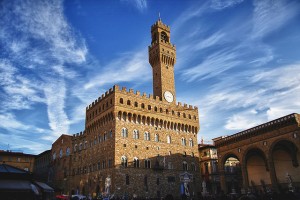