Getting Around Croatia by Plane

Travelling around Croatia by air is by far the quickest means of getting around the country. There are numerous daily flights in Croatia that will enable you to get around easily. The country’s main airline, Croatia Airlines, operates regular services between Zagreb and other airports within the country, including Dubrovnik, Split, Pula and Zadar, and there are also flights between some of these airports as well.

Getting Around Croatia by Train

Trains in Croatia generally feature most within the country’s interior, and far less so along the coast. Zagreb is, of course, the central hub of the train network, and within Croatia there’s a high frequency of routes to and from the capital. The two most useful coastal destinations connected to Zagreb by train are Rijeka and Split. Ticket prices vary depending on the type of train you take i.e. inter-city (ICN in Croatian), fast (brzi) or passenger (putnicki) train. Some train tickets have an additional supplement that needs to be paid (6 or 16 Kunas, again dependent on the type of train) although these have been included in the prices listed above. ICN trains are the fastest and therefore the most expensive, but not all train types operate on all routes.Route, timetable and price details can be found at Croatia Railways website and Die Bahn. Tickets can be booked online through Voyages Sncf UK website for tickets at least 7 days in advance of travel.

Getting Around Croatia by Bus

The bus service in Croatia is first class: from frequent express buses that cover longer distances that are reasonably comfortable right down to bus connections between the smallest villages in the country. In almost every larger town, there is a large (or large-ish) bus terminal (autobusni kolodvor) where tickets are sold and timetables are clearly displayed.

You will be able to find taxis at all of the airports in Croatia and in all of the towns. Your hotel will be able to organize them for you also. Taxis are metered, but you can also ask in advance for the price. Taxis along the coast are more expensive than those in Zageb.

There are also shuttle services at many airports and you might prefer to take bus shuttles between airports and towns, and then take a taxi to your accommodation. Many taxis companies will be able to arrange for a car seat however, you will need to pre-book one (unless you are bringing your own car seat). Remember to inspect the car seat before the taxi leaves. Sometimes car seats have been damaged and your should not use it if there are any cracks or dents in it or if the harness is frayed or if it damaged.

If you plan to drive in Croatia, then you should be prepared for fast drivers, cars overtaking you in dangerous spots and parking in very tight spaces.

Driving in Croatia is safe and a great way to see many more sites that you could on a bus or train. The motorway system in Croatia has greatly improved in recent years.

The most picturesque route in Croatia is the Adriatic road (Jadranska magistrala) which connects Rijeka and Dubrovnik.You’ll regularly come across petrol stations when driving, which all offer unleaded and diesel as standard. 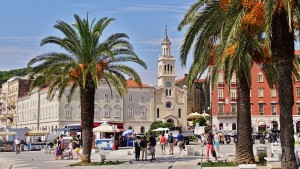 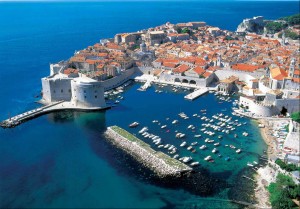 Family Holidays to Dubrovnik with Babies, Toddlers and Kids