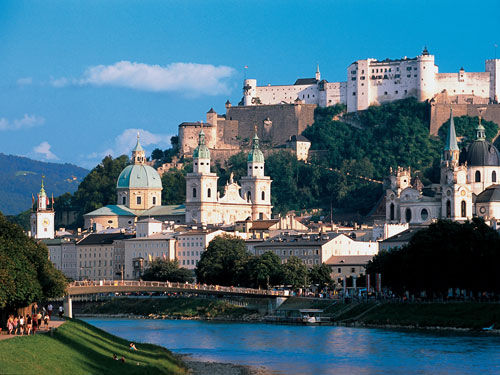 Travelling to Austria with Babies, Toddlers and Kids

There are 6 airports in Austria, the most important being Vienna’s international airport which has connection to all major airports of the world.

Other international airports include Graz, Innsbruck, Klagenfurt, Linz, and Salzburg which provide domestic flights as well as connections to some European countries. For travel to the Western side of Austria it is recommended to use Munich airport in Germany which is close to the Austrian border.

Austrian Airlines Stroller Policy: Baby strollers weighing over 10kg should be checked in as a luggage; strollers below 10 kg are allowed up to the door of the aircraft board, and will be then taken by personnel to be stowed for the flight. See our airline policy section for further details on various airline’s baggage allowances and policies concerning travel with infants, toddlers and kids.

There are many buses to Vienna from all over Europe, particularly from the East and they are often faster than trains. Eurolines Austria is the largest operator and organizer of bus travel in Austria though many services are not included in their schedules. When travelling by bus you can stow your stroller and other baby and toddler related equipment beneath the vehicle. Some buses have toilets however, there are no changing facilities aboard which can make buses difficult for long distance travel.

Austria and all its neighbouring countries are Schengen members so in theory there are no border controls. For using the Autobahnen or Schnellstrassen, a vignette, or tax sticker, must be purchased. Costs are approximately €70 for one year, €20 for 8 weeks, or about €8.50 for 10 days. On some Saturdays in July and August expect traffic jams on the motorways between Germany, Austria and Italy when millions of German tourists head south at the beginning of school vacations. A delay of about 2 hours is not unusual. The motorway A10 between Salzburg and Villach is especially notorious. It’s best to avoid those Saturdays.

The ÖBB (Austrian Railways) operate high-speed ICE and RailJet trains from cities like Zurich, Munich,Frankfurt, Passau, and Budapest. Eurocity trains are the next fastest trains available as well as the trains connecting the bigger Austrian cities called Intercity. Regional trains called EURegio and simply Regionalzug are also available from all 8 of Austria’s neighbours. Tickets can be purchased from certain locations to Austria via the ÖBB website. At peak times, make sure you pre book your ticket.