After the exhaustion of yesterday we woke up after a long sleep ready to explore Barcelona. I had booked tickets to the Sagreda Familia and Gaudi’s Park Guell as I knew from previous experience that the queues were long and slow moving. We had a great breakfast of Churros, eggs and crusty bread with freshly squeezed orange juice and americanos in a café called Moka on La Ramblas. We then found a cab straight outside to take us to the Sagreda Familia Cathedral, Gaudi’s great masterpiece which isn’t yet fully complete. We had 15 minutes before out allocated time slot and found a little playground across the road.

We headed into the Cathedral at 10 and found an accessible entrance where people with strollers could enter which cut down on any waiting time. Airport security awaited us inside but we were the only ones using the entrance so we were through quickly. The Cathedral was like something from Star Wars with its tall ceilings and strange symbols. The kids were both mesmerised and loved the colours from the stain glass windows. 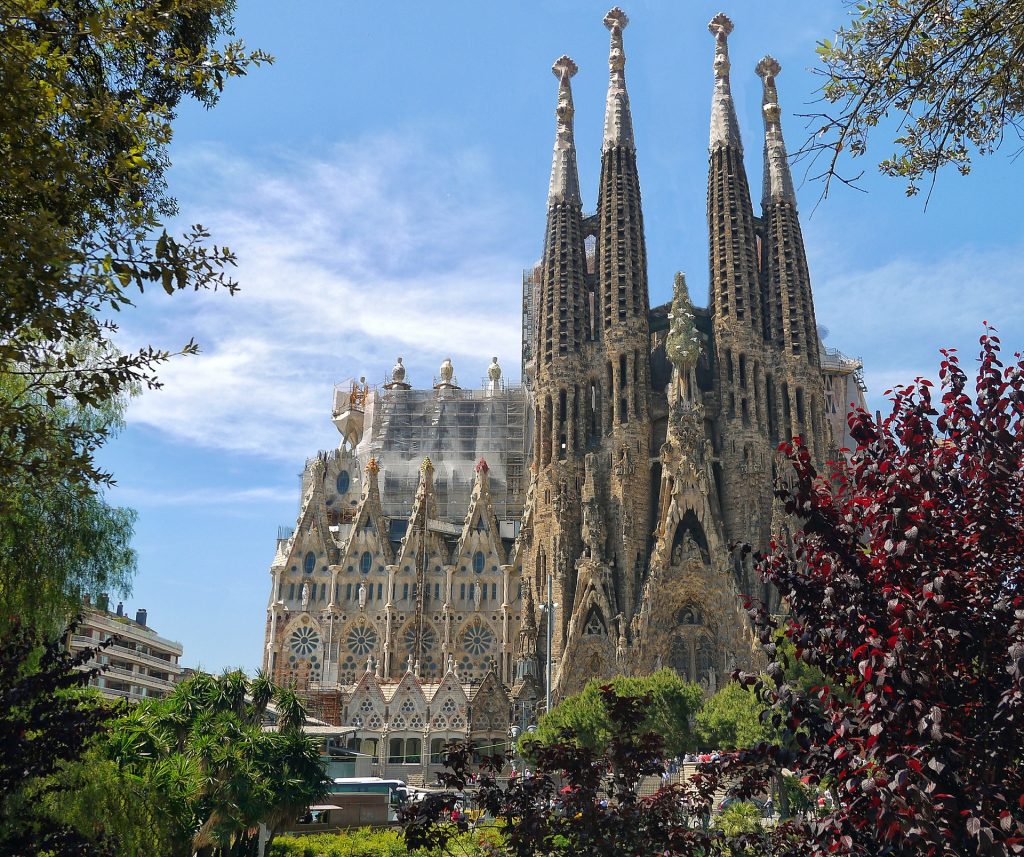 After the Cathedral we bought a hop on hop off bus ticket as we didn’t think that taking cabs everywhere would be too cost effective. The ticket cost us €80.00 for two for two days (the kids went free) which was a bit pricey and we really didn’t get the use out of it so I wouldn’t recommend it. Its also very slow if you are travelling around the city and with a cranky toddler, this can be a nightmare!

We took the bus to Park Guell where we had pre-booked tickets for 11.30. The bus dropped us at the end of a big hill which we walked up with our two year old in her buggy and our 4 year old on my husband’s shoulders. The park was well worth the visit though. Gaudi believed that art should reflect nature and his unique caverns carved into the stone appealed to the kids. They ran around while we enjoyed the views and the atmosphere. After we took the bus back to the centre which took almost an hour. It would have been 10 minutes in a cab. 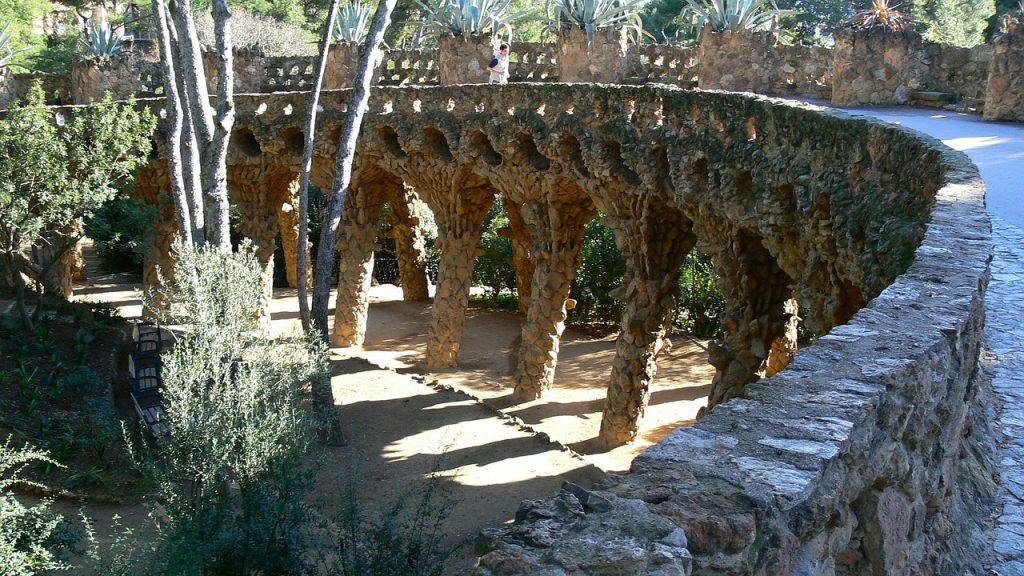 We went to the Hardrock Café on the Placa de Catalunya once we got off the bus but there was a 30 minute wait so we walked back to the gothic quarter and found a gorgeous Italian restaurant down a side street. Our daughter fell asleep en-route and slept all through lunch so it turned out to be very relaxing indeed. I had a glass of wine and paella which was delicious and our son had a pizza. When we finished we returned to the apartment for some down time with some pizza wrapped up for our daughter. My son, daughter and I watched Paw Patrol for an hour and lay down for a bit while my husband went exploring. When he came back, I went shopping for an hour and I really enjoyed exploring the little boutiques in the gothic quarter.

We went for dinner at 7 in a lovely square close to the apartment and had tapas as we were still full up from lunch. After this we went to the ‘Magic Fountain’ at 8.30 to watch the light show which started at 9.30. The taxi took 15 minutes from the Gathic Quarter. 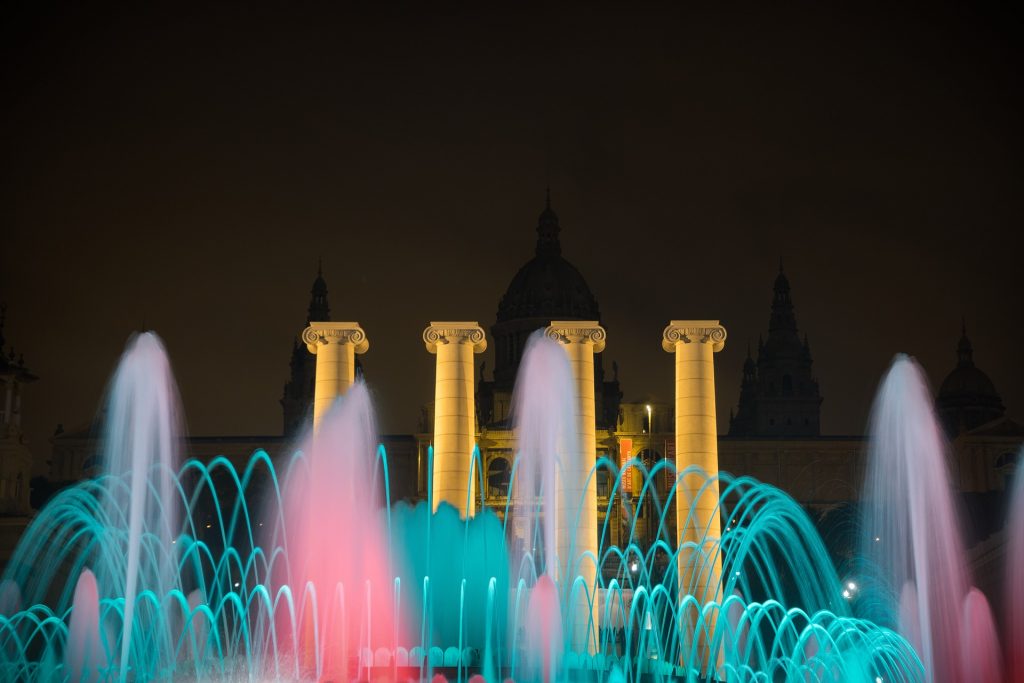 It’s important to get here early as it fills up and you wont be able to get a good space. We found a little patch on the grass on a little hill overlooking the fountain and bought snacks and a small bottle of wine to share. The kids ate ice-cream and watched the show which was spectacular although it was a bit late for the kids. We only stayed for 20 minutes as they were a bit overtired and mad and we hopped into a taxi and headed back to bed. We were all asleep by 10.15, shattered from another fantastic day in Barcelona.