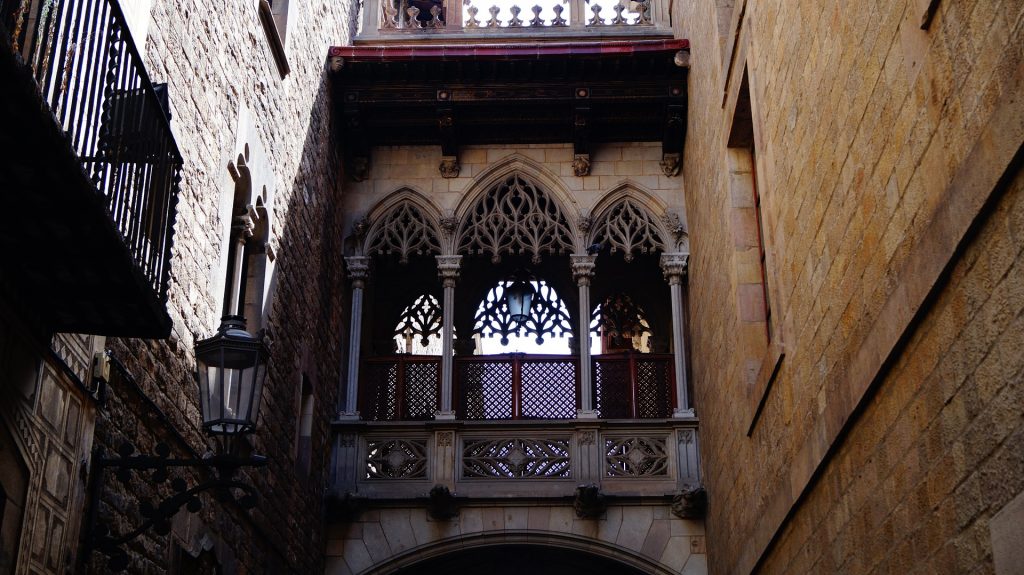 We woke at 4.20 am before the alarm clock went off. I had been so excited the night before our trip that I didn’t sleep until about 1am. Our bags were already packed and loaded into the car and all we had to do was get our 4 year old son and 2 year old daughter from their beds to the car to the airport without too much of a fuss. The day we had been waiting for had finally arrived; we were off to Barcelona.

The kids were half asleep as we dressed them and put them in the car. The drive to Cork airport took 10 minutes and at 5 am we checked in our bag and buggy and made it through security without any issues. 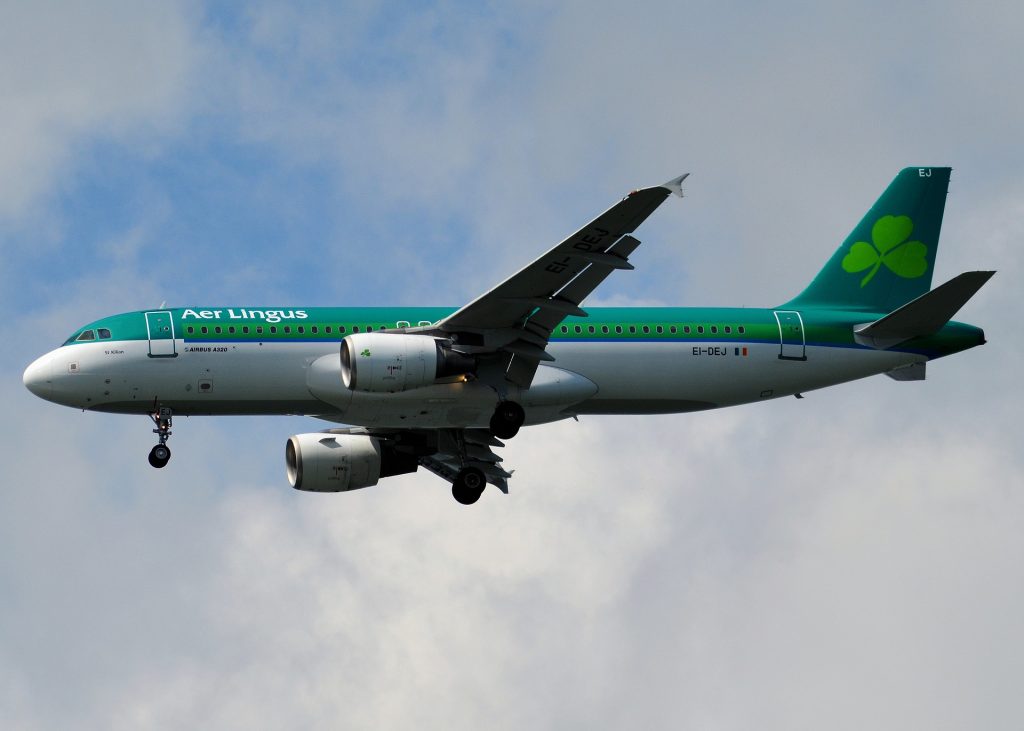 My son asks so many questions at the moment so it was difficult to explain why we were separating our liquids and going through security but I think I said something ridiculous like they want us to spend money and buy new liquids inside. I couldn’t think of anything else!

The airport had a little play area right next to our gate where a few tired toddlers played. We sat down for 5 minutes and then our flight started to board. We waited until everyone was onboard and went through as we knew our two year old daughter Cara would not sit still on the plane. Cara sat with my husband and our  son, Cal sat with me in front of them. A lovely woman sat next to us who was travelling with her husband and explained that she didn’t mind the noise Cara was making because she was immune to it from having 3 year old twins. I really appreciated that because Cara was pretty loud all the way to Barcelona. She ended up sitting on my lap for the last hour and a half. The flight took 2 hours and 20 minutes and went by quickly because I was trying to entertain the kids. 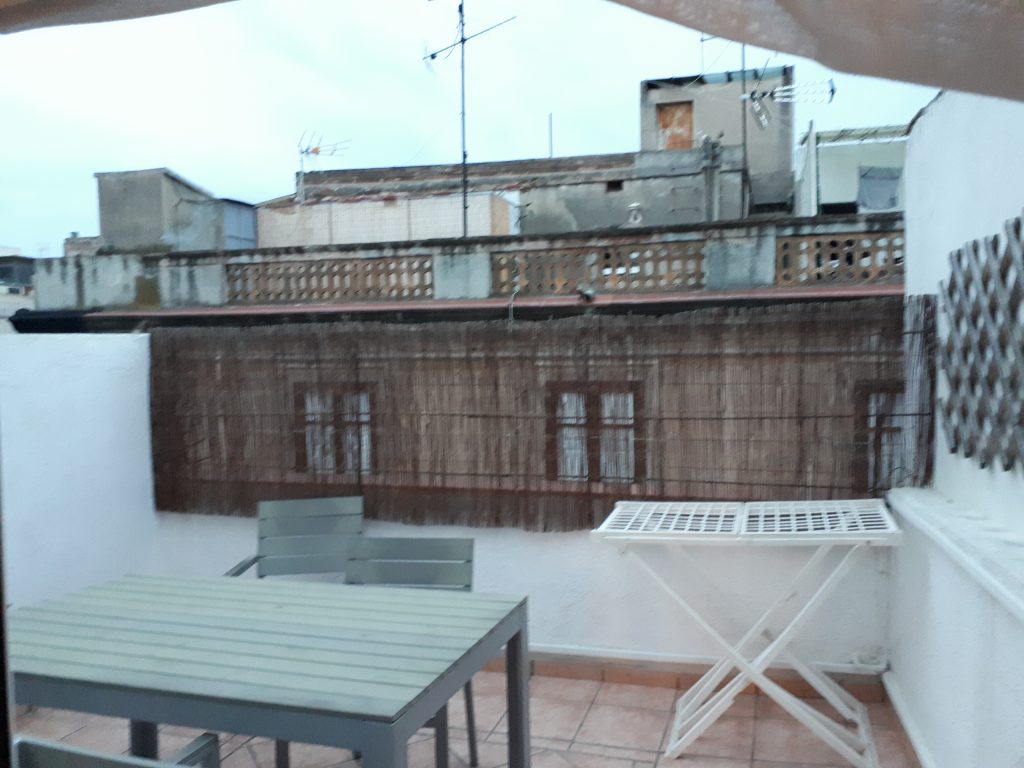 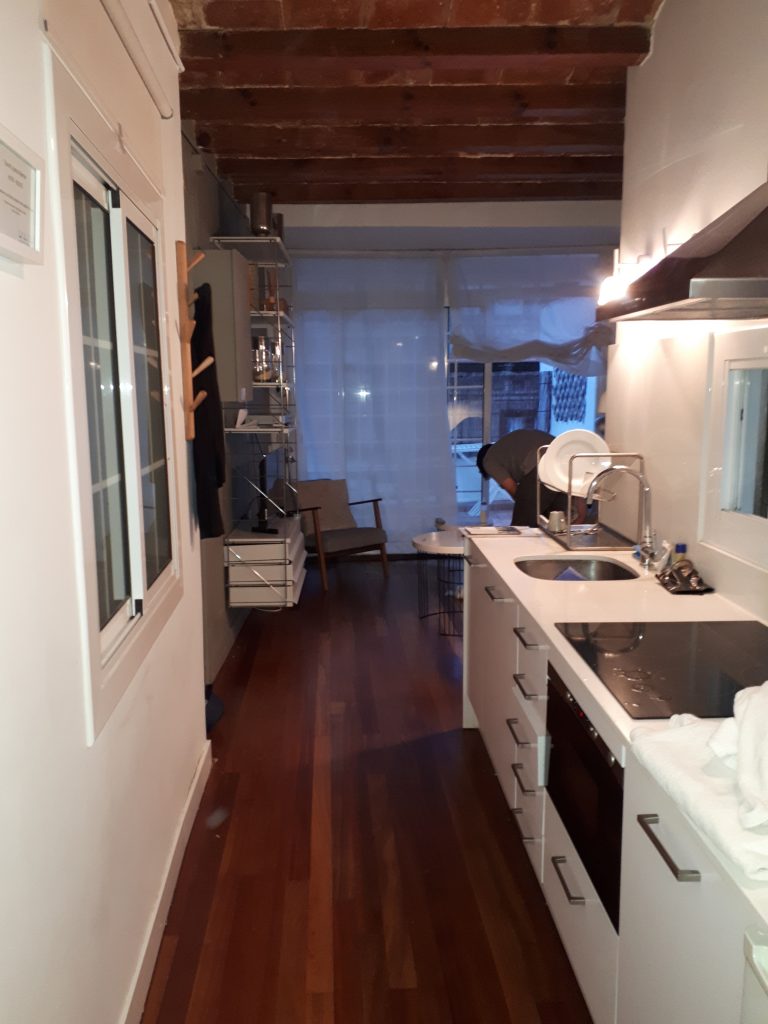 We got a taxi to the city and arrived close to our apartment in the gothic quarter at 10.30am. We strolled around for a bit until it was time to meet the apartment manager at 11. We bought milk and some other essentials and then checked in. The apartment was small but it had a lovely terrace and a smart TV. The rooms had single beds and a travel cot for our daughter. The stairs were narrow so we left the buggy in the hall and walked up with our kids.

After a quick freshen up we set off for the port area to visit the aquarium. We had some delicious tapas in a little restaurant on the way and were taken aback by how friendly the waiters were with our kids. They entertained them all through lunch and didn’t mind a bit of noise. My son, who is the fussiest eater loved the ham and cheese croquettes and the delicious crusty bread. 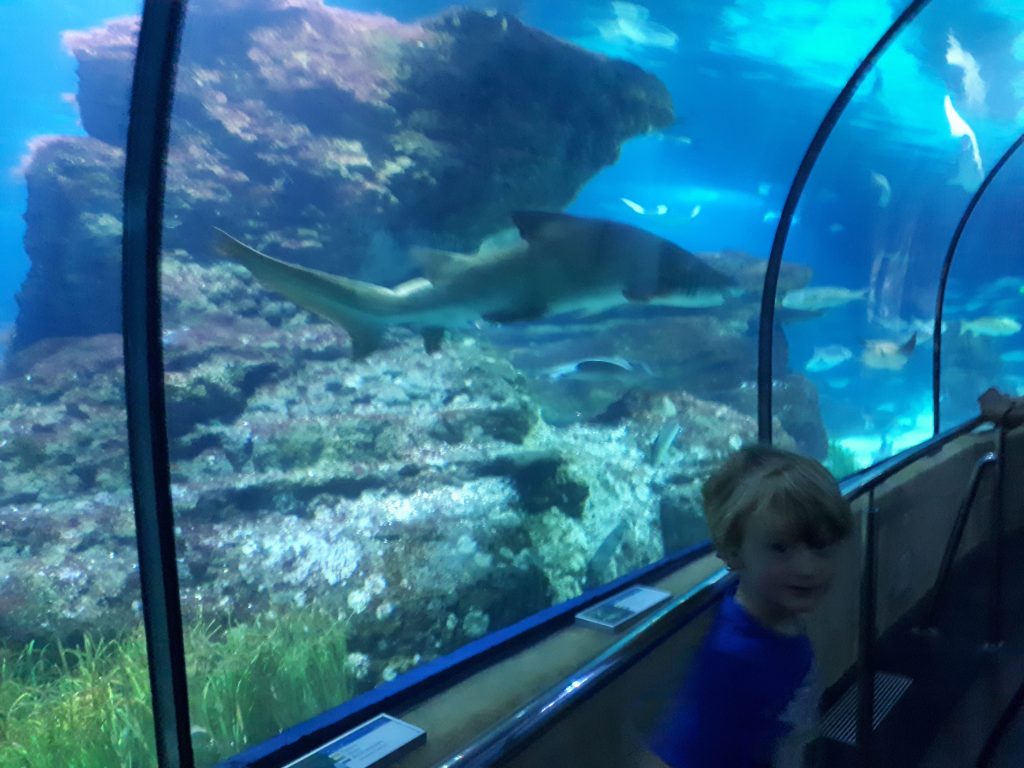 We strolled on to Barcelona Aquarium and on the way we walked through the port area marvelling at the super-yachts. Cal was so excited by the time we arrived because we had been watching loads of videos about sharks and fish but on the walk, our Cara had fallen asleep in her buggy. We let her sleep because our early start had exhausted her. We got our photograph taken with a plastic shark on the way in and continued in to the mass of exhibits. It really was worth visiting. There were sharks, rays, penguins and a great play area at the end with an interactive submarine and loads of oversized sea creatures. There was also a life sized sperm whale with a walkway through its centre filled with jelly fish and octopus. Cara woke just in time for the play area and we took her back to see the penguins and jelly fish after. When we were finished in the aquarium we went for ice-cream right outside next to the marina. 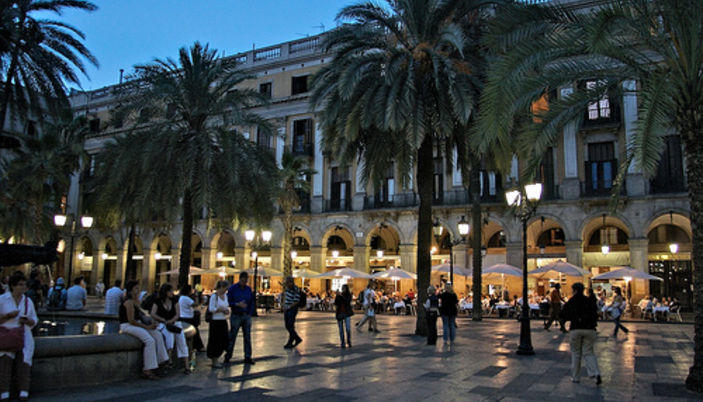 We were so tired after our walk that we went back to the apartment and crashed out for a few hours. We had Wi-Fi and a smart TV so we relaxed and had some down time before dinner. My husband went for a stroll around the gothic quarter and I tried to have a nap on the couch.

We went for tapas at 7 in Placa Reial and followed this up with a gelato in a gorgeous ice-cream parlour on La Ramblas. After that we took a stroll around the pedestrianised gothic quarter. The kids were thrilled about being able to run around freely and were chasing each other around the little squares as we slowly made our way back to the apartment stuffed full of tapas and ice-cream. When we got back we were all exhausted and went straight to bed.

It was a tiring but wonderful first day and as we strolled back to our apartment we were thrilled that we decided to come to Barcelona. It felt like it had something for all of us!